Clive's Memories of Ships on Which We Have Ranted and Roared!

Some of my favourite Tars sessions have been on board ships. It’s been a privilege to sing (and even dance) on board some wonderful classic vessels (although see below under ‘Scillonian III!).
Here are some of the ships and boats on which the Tars have ranted and roared – in no particular order.
Shamrock - http://shamrock-cotehele.blogspot.com/ One of the two surviving Tamar barges; she lives up at Cotehele on the Tamar. We’ve visited her for a shanty session at least twice. It would be great to return once her current major refurbishment is complete. 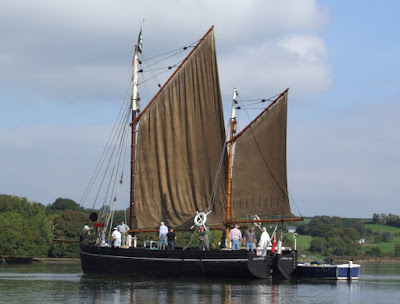 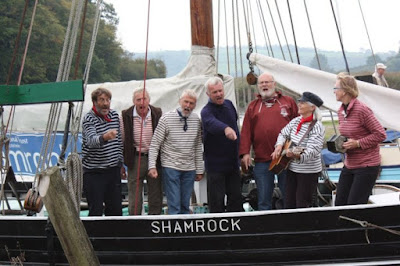 Grayhound - http://www.grayhoundluggersailing.co.uk/ Superb replica of a three-masted Customs lugger, built at Millbrook and launched in 2012. We were able to sing aboard when she was in Sutton Harbour, Plymouth. 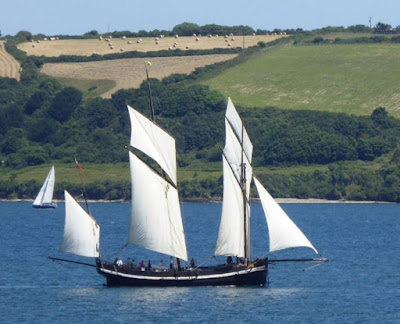 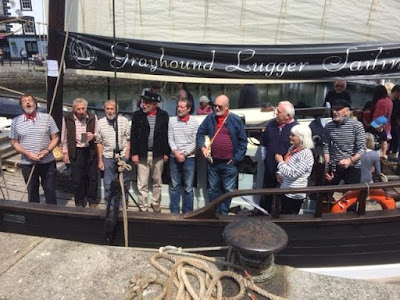 Irene - www.ireness.com/ A wonderful survivor of the great fleet of sailing vessels that were so common around the shores of the West Country until the earlier 20th century. Launched at Bridgwater in 1907, she has had a remarkable and colourful history. The Tars were able to sing aboard her at Bristol in 2011 and in Sutton Harbour, Plymouth in 2015. 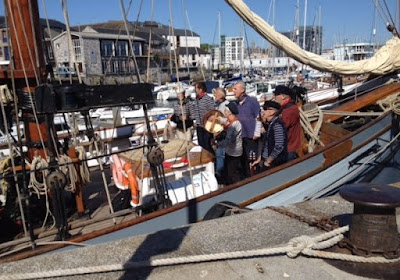 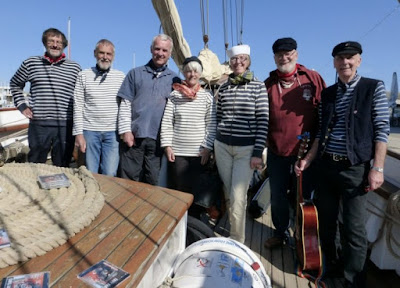 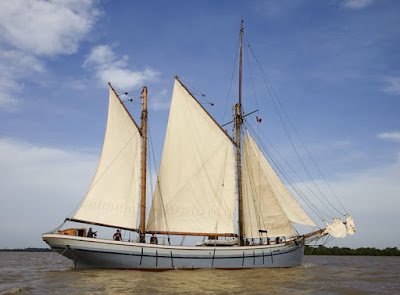 Kaskelot - www.lefrancais.info/en/ A fine three-masted barque. She was built in Denmark, worked in Greenland and the Faeroes before becoming part of the Square Sail fleet at Charlestown. She was sold to France in 2018, and now sails as ‘Le Français’. We sang (and danced!) on board when she visited Sutton Harbour, Plymouth in 2017. 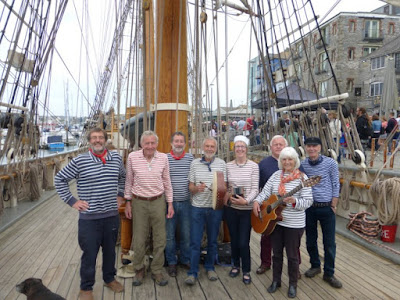 Kathleen and May - http://kathleenandmay.co.uk/ We were lucky enough to sing on the Kathleen and May back in 2011, when she visited the Bristol Harbour Festival. A particular favourite, as the Tars sing the song that celebrates her survival (‘Kathleen and May’). Like the ‘Irene’, Kathleen and May is a beautiful survivor of Britain’s coastal sailing fleet. She was moored in Sutton Harbour, Plymouth, for part of the 1970s but is now resides at Liverpool. 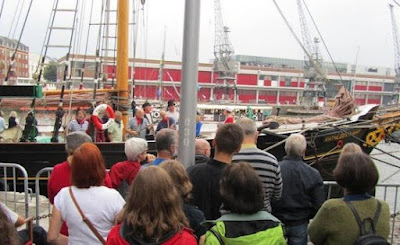 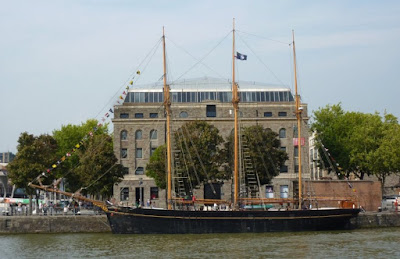 Great Britain - www.ssgreatbritain.org/ Brunel’s pioneer steamship in Bristol is a wonderful example of maritime heritage and conservation. It was a great privilege for the Tars to sing on deck and down below during the 2011 Bristol Harbour Festival. 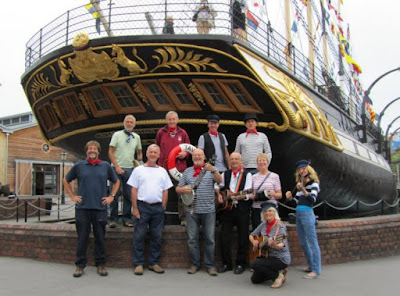 Dart Explorer - www.dartmouthrailriver.co.uk/about-us-history/boat-fleet The Tars have enjoyed singing vessels without sails as well as those with more authentic shanty credentials.. In 2012, we sang on one of the river boats on the Dart. Just enough headroom, although we didn’t need the shelter as it was a fairly sunny day. 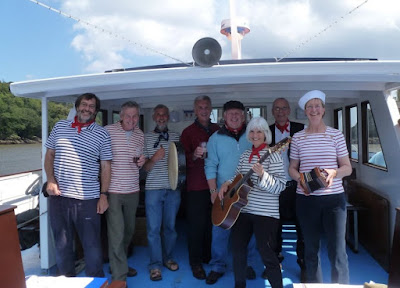 Scillonian III - www.islesofscilly-travel.co.uk/scillonian-iii/ The Tars took day trips to St.Mary’s aboard the Scillonian III three years running, singing aboard to raise funds for the RNLI. Generally a pleasure - apart, perhaps, from one grimly memorable crossing, when a combination of sea state and café aromas proved a tad too challenging for this particular Tar… 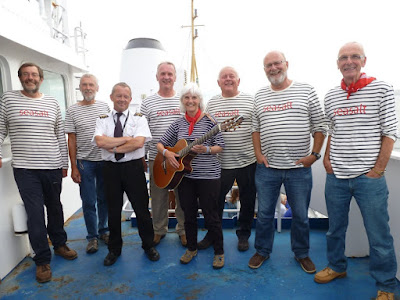 James Craig – www.shf.org.au/explore-the-fleet/our-operational-vessels/james-craig-1874-tall-ship/ The song ‘James Craig’ is a favourite in the Tars repertoire (the song was written by Rudi Sunde, late of Auckland’s ‘Maritime Crew’). The James Craig was built in Sunderland in 1874 as the ‘Clan Macleod’. She was eventually sold into the Tasman trade under her present name. Although she became a hulk in Tasmania, she was rescued and brought back into superb sailing condition, and is now based at Pyrmont Harbour, Sydney. Tars member Clive was able to sing her namesake song on board in 2016. 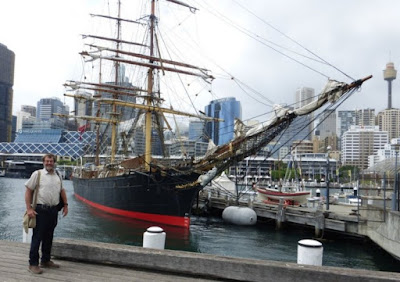 Lynher - https://tamarbarge.org.uk/ Although the Tars haven’t been able to sing aboard yet, we came close in the July 2019. While we singing on the quay at Calstock, the Tamar barge Lynher crept up the adjacent river behind us. She was then right alongside the site of the former Goss shipyard where she was launched in 1896. Many years of dedicated enterprise and effort have brought this fine local vessel back to life from being a mere hulk in her namesake river. 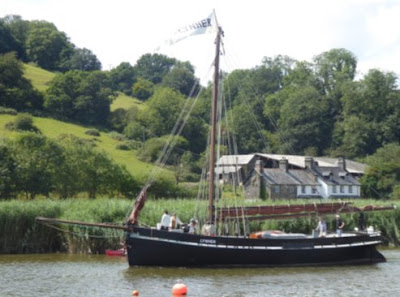 Plymouth Lifeboat ‘Sybil Mullin Glover’ -  Last but not least! The cover image for the Tavy Tars’ CD was taken on board the Plymouth’s ‘Severn’ class lifeboat in Millbay Docks in 2014. Like many shanty crews we raise money for the RNLI when we can. 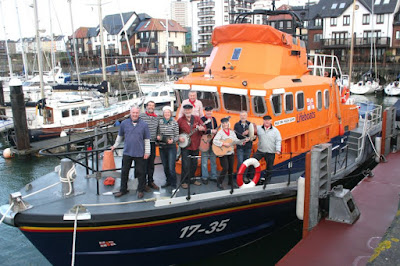