Both the store and Oxford Street were incredibly busy, and we think we have “logged” our biggest audience ever. This is mainly because we were standing opposite both the up and down escalators, so shoppers were passing us at the rate of perhaps a hundred a minute. Over the day we did three sets of 40 minutes each, so that could be about 12,000 lucky folk who got to hear the Tars, even if very briefly (a few did get of the escalator and stop to listen!)


Another highlight was our first experience of a “green room”. No fridge with a selection of alcohol, but some very nice sandwiches and Danish pastries, and it was a real pleasure to share these facilities with Father Christmas and some very attractive Elves. 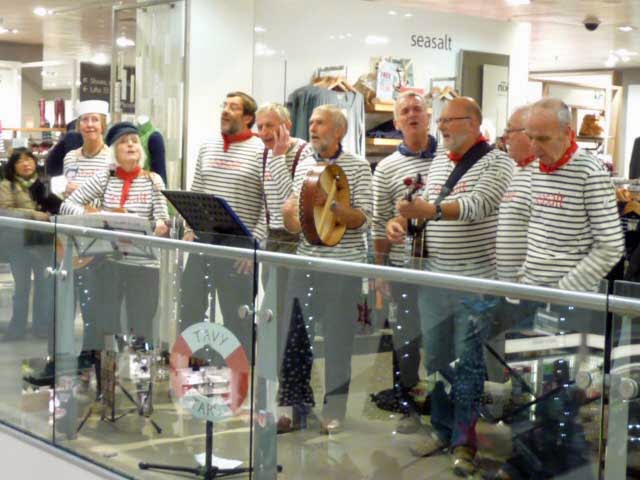